Tim Vitou, BK’s President, commented, “We encountered a challenging sales landscape during the fourth quarter of 2019, as some of our established federal customers were slow executing orders for new equipment, several of which were received, and announced, after year-end in January 2020.  Late in the fourth quarter, however, we received an order from a new California-based customer, which was also previously announced. For the full year, sales were impacted by the deferral until 2020 of anticipated orders from certain state and international customers, as well as the U.S. federal government shutdown in the first quarter of 2019.”

Mr. Vitou continued, “Looking beyond last year, we believe our future is promising.  Product development initiatives have made strides under the guidance of BK’s new Chief Technology Officer, Dr. Branko Avanic, and we are excited about the initial growth of our new internal engineering team with extensive and proven experience in the development of successful land mobile radio products.  These new products are envisioned to have features and functionality that we believe should increase our addressable markets and drive sales growth.  While these development efforts have taken longer than originally anticipated, we believe the initial product model will be complete during the first half of this year with others to follow later.”

The Company will host a conference call and webcast for investors at 9:00 a.m. Eastern Time, on Thursday, March 5, 2020.  Shareholders and other interested parties may participate in the conference call by dialing 844-602-0380 (international/local participants dial 862-298-0970) and asking to be connected to the “BK Technologies Corporation Conference Call” a few minutes before 9:00 a.m. Eastern Time on March 5, 2020.  The call will also be webcast at http://www.bktechnologies.com.  An online archive of the webcast will be available on the Company’s website for 30 days following the call at http://www.bktechnologies.com.

BK Technologies Corporation is an American holding company deeply rooted in the public safety communications industry, with its operating subsidiary manufacturing high-specification communications equipment of unsurpassed reliability and value for use by public safety professionals and government agencies. BK Technologies is honored to serve our public safety heroes with reliable equipment when every moment counts.  The Company’s common stock trades on the NYSE American market under the symbol “BKTI”.  Maintaining its headquarters in West Melbourne, Florida, BK Technologies can be contacted through its web site at www.bktechnologies.com or directly at 1-800-821-2900.

This press release contains certain forward-looking statements that are made pursuant to the “Safe Harbor” provisions of the Private Securities Litigation Reform Act of 1995.  These forward-looking statements concern the Company’s operations, economic performance and financial condition and are based largely on the Company’s beliefs and expectations.  These statements involve known and unknown risks, uncertainties and other factors that may cause the actual results, performance or achievements of the Company, or industry results, to be materially different from any future results, performance or achievements expressed or implied by such forward-looking statements.  Such factors and risks include, among others, the following: changes or advances in technology; the success of our land mobile radio product line; successful introduction of new products and technologies, including our ability to successfully develop and sell our anticipated new multiband product and other related products in the planned BKR Series; competition in the land mobile radio industry; general economic and business conditions, including federal, state and local government budget deficits and spending limitations and any impact from a prolonged shutdown of the U.S. Government; the availability, terms and deployment of capital; reliance on contract manufacturers and suppliers; risks associated with fixed-price contacts; heavy reliance on sales to agencies of the U.S. Government and our ability to comply with the requirements of contracts, laws and regulations related to such sales; allocations by government agencies among multiple approved suppliers under existing agreements; our ability to comply with U.S. tax laws and utilize deferred tax assets; our ability to attract and retain executive officers, skilled workers and key personnel; our ability to manage our growth; our ability to identify potential candidates for, and consummate, acquisition, disposition or investment transactions, and risks incumbent to being a noncontrolling interest stockholder in a corporation; impact of our capital allocation strategy; risks related to maintaining our brand and reputation; impact of government regulation; rising health care costs; our business with manufacturers located in other countries, including changes in the U.S. Government and foreign governments’ trade and tariff policies; our inventory and debt levels; protection of our intellectual property rights; fluctuation in our operating results and stock price; acts of war or terrorism, natural disasters and other catastrophic events; any infringement claims; data security breaches, cyber-attacks and other factors impacting our technology systems; availability of adequate insurance coverage; maintenance of our NYSE American listing; risks related to being a holding company; and the effect on our stock price and ability to raise equity capital of future sales of shares of our common stock. Certain of these factors and risks, as well as other risks and uncertainties, are stated in more detail in the Company’s Annual Report on Form 10-K for the fiscal year ended December 31, 2019 and in the Company’s subsequent filings with the SEC.  These forward-looking statements are made as of the date of this press release, and the Company assumes no obligation to update the forward-looking statements or to update the reasons why actual results could differ from those projected in the forward-looking statements. 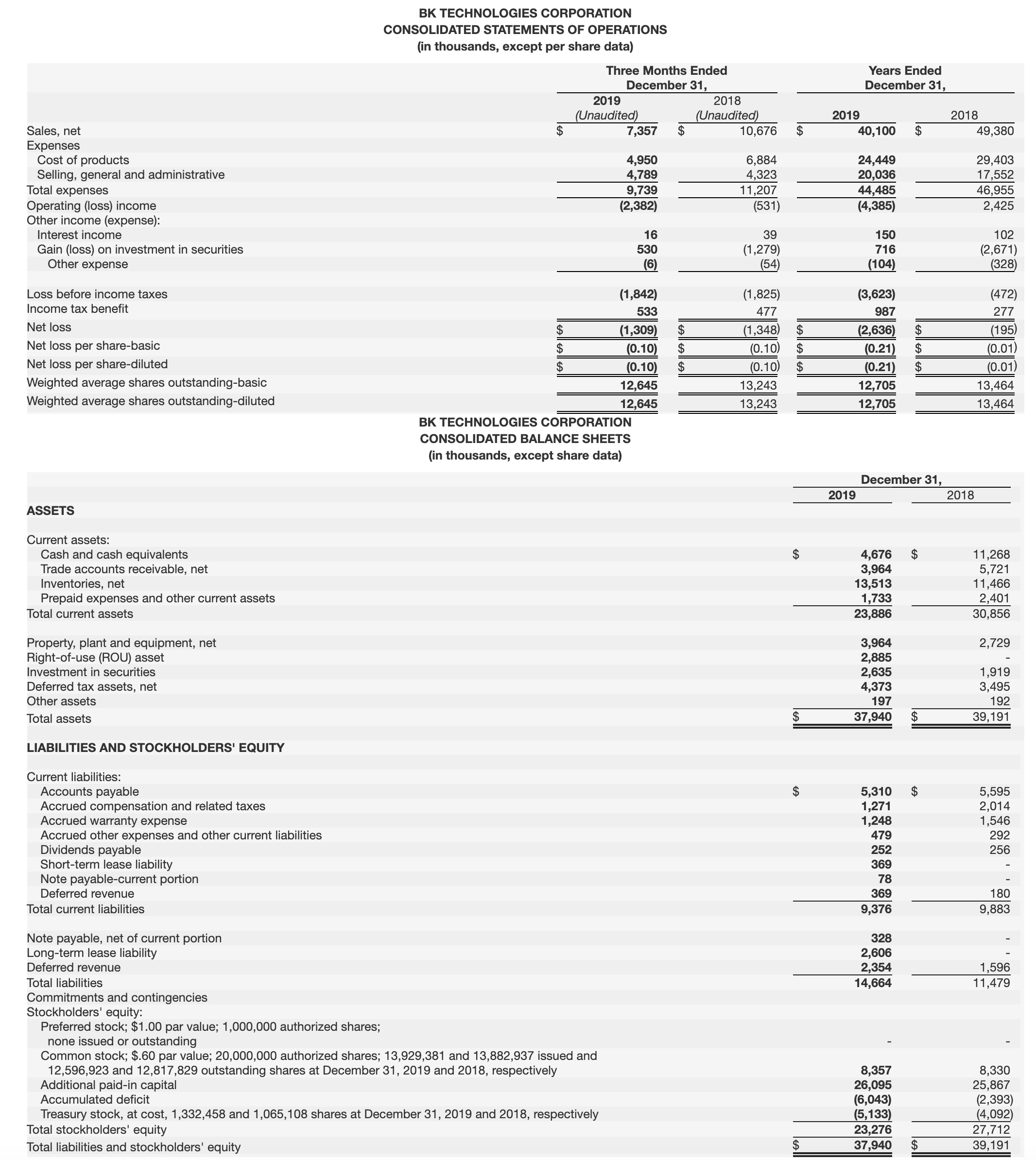