Peter L. Rogell has distinguished himself in the performance of outstanding service to BK Technologies as Vice President of Strategic Account from 15 October 1976 to 14 October 2021.

With over an impressive 45-year career, Mr. Rogell has held numerous positions that have contributed greatly to the success of the company. Being known as a hard worker by three generational mentors, Mr. Rogell was hired into the Shipping Department in 1976 for then, Regency Electronics, for a staggering $2.65 an hour.

From there, he transitioned to the Maintenance Department where he was provided with his first leadership opportunity. Mr. Rogell and his team saved the company thousands in operational and maintenance costs by performing almost all repairs in house – from electrical, roofing, air conditioning, and remodeling efforts.

Through his steadfast, empathetic leadership, Mr. Rogell was awarded additional responsibility leading Automatic Insertion, Surface Mount Devices, contract manufacturing, Automatic Test Equipment, and the Maintenance and Facilities shops. From there he became Production Manager for Board assembly, overseeing the fine efforts of hundreds of employees.

Additionally, Mr. Rogell was onboard for 3 major facility moves, playing a key role in each one. In the last move, he was able to minimize factory shut down to a single day, with additional cost savings. It is from these moves, and the subsequent selling of excess manufacturing equipment, that Mr. Rogell’s talent in the art of selling and closing deals was recognized. After earning a prestigious sales position, Mr. Rogell has become one of the most reliable and self-driven sales force for the company and has been key to one of the largest single sales in the company’s history at over $20,000,000!

He resides in sunny Brevard County, Florida, alongside a beautiful family – with a wife of 42 years, 7 children, and 17 grandchildren!

We celebrate and give thanks to Mr. Pete Rogell, for his dedication, and distinctive accomplishments. 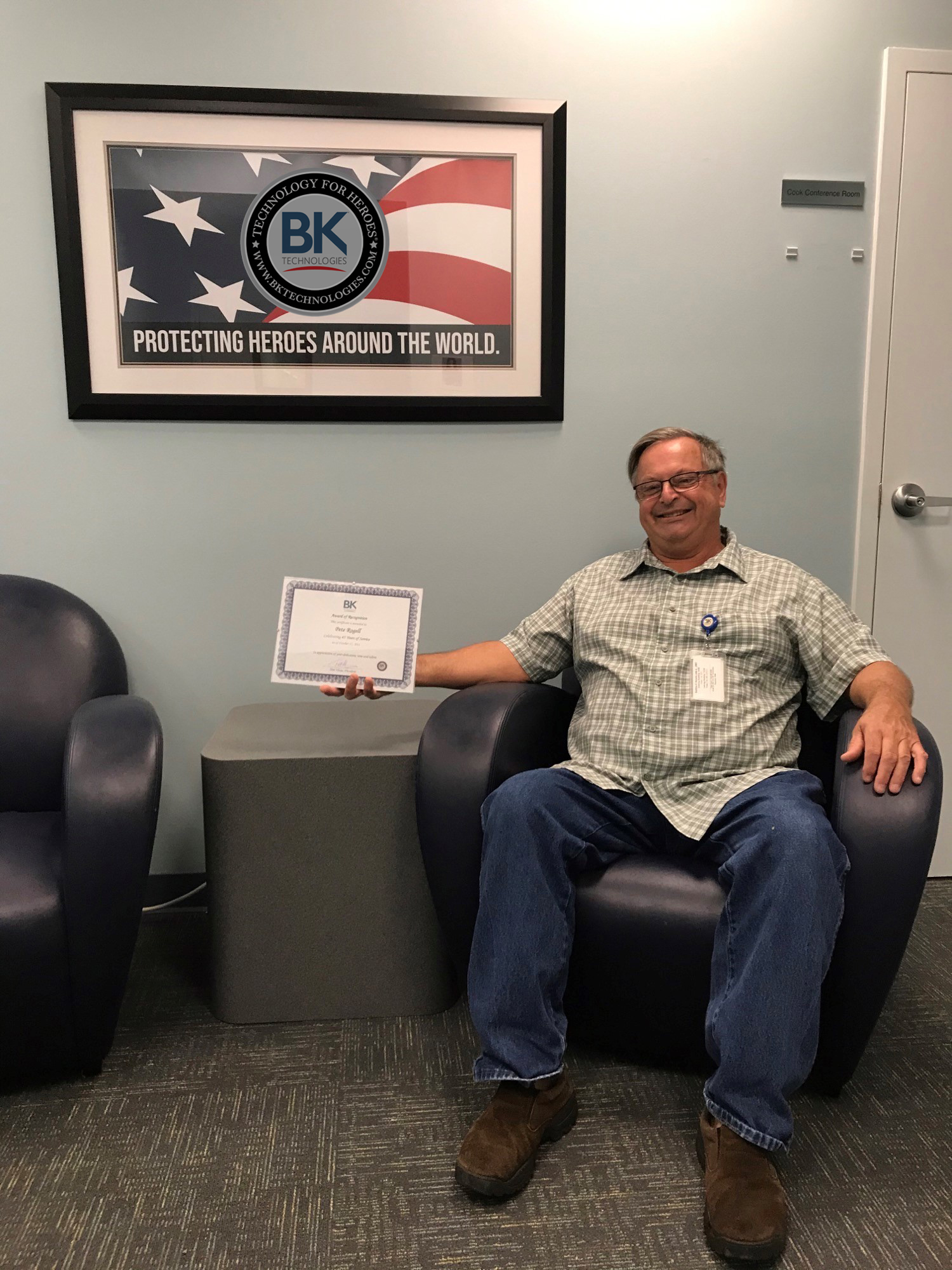