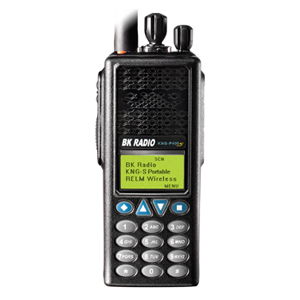 In an emergency situation, time is of the essence. A brief delay could be the difference between life and death. Often, the equipment used during an emergency contributes to the efficiency of the communications needed to coordinate help. Here are a few reasons that P25 radios can ensure that your emergency personnel respond as quickly and safely as possible.

Outside frequencies can often interfere with the clarity of a cell phone call or other line of communication. However, P25 radios allow the option of communicating on a closed line that is not open to others outside of your organization. This means that the in-house directions needed to get your crew on the scene safely and without delay are communicated clearly and quickly.

Many emergencies occur during inclement weather. Unfortunately, the same weather that caused the emergency can make it difficult for emergency personnel to communicate– unless they have P25 radios.

Hurricanes, blizzards and other extreme conditions are no match for P25 radios. P25 offers clear lines of communication even during the worst weather so that important information, such as notification of a power outage, can still reach the emergency personnel who need to know.

Ability to Community with Other Agencies

A lapse in communication because of a change in geographic jurisdiction can cost a person his or her life. When an emergency strikes, your staff may need to communicate with members of other agencies. P25 radios offer the ability to communicate directly across government organizations, allowing state or local personnel to communicate effectively with federal agencies.

In some instances, such as a hostage situation, you may need to encrypt or scramble some of your communications. P25 radios have encryption capabilities for data and voice communications.

In many instances, proper and timely communication can be the difference between life and death. Choosing P25 radios for your staff can help save lives by saving time.